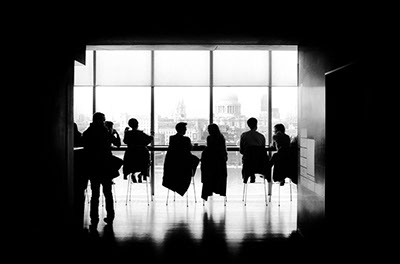 Mr. Uselton has almost 40 years of experience in the OCTG pipe industry. Living and working in the oilfields of West Texas (Midland), he acquired a very broad-base understanding of how the operations side of the oil industry worked. As a result of an extremely well rounded perspective, he quickly learned to identify operational problems and conceptualize plausible solutions.

With his experience and insight, he has been instrumental in creating and expanding products and services designed around the needs of our OCTG customers. Early in his career, he worked his way from the field to serve as Permian Basin Division Manager for a large OCTG pipe inspection company. He was later appointed Vice-President of the company and moved to Houston, Texas, the domestic hub of pipe operations in America. During this time period, Mr. Uselton was instrumental in defining several new products and innovative solutions for the pipe industry. In 1995, Mr. Uselton was appointed President of Scan Systems™ Corp. and was elected to the Board of Directors of the company.

Today, he provides vision and direction for Scan Systems™ by serving as CEO of the company. In order to continue providing unique solutions for today’s operational problems, he remains close with key industry personnel and is directly involved in all four of Scan Systems™’ operating divisions; PITCO® (Pipe Inspection Technologies), Tally-Rite™ Measuring Systems, EDM Specialties™, and TDS© (Tubular Data Systems). Under Mr. Uselton’s leadership, Scan Systems™ has grown from a small business to a world-class organization serving a global market.

With a BA from Sam Houston State University, Matt Rutledge became Vice President of Sales and Marketing for Scan Systems in 2008. Most recently, Rutledge has taken on the role of Vice President/General Manager. He plays an integral role in Scan Systems™’ design, development, and implementation of industry specific technology including EMI inspection equipment, inventory control software for OCTG, specialized EDM processes and automated tally service equipment.

On a daily basis, Rutledge manages and works alongside a diverse team of specialists made up of experienced oil industry veterans and innovative young engineers. Rutledge’s passion is to manage and guide Scan Systems’ PITCO, Tally Rite, EDM Specialties and Tubular Data Systems brands as their respective departments conceive new designs, develop new products, conduct customer service, and maintain and refurbish existing equipment (including units originally created by other brands).

Jon joined Scan Systems in August of 2007 as an EDM assembly technician after spending 6 years in the U.S. Air Force working on radio, radar, meteorological and navigation equipment, as well as other electronic systems.  As Jon continued in our EDM Specialties Division, he was called upon to utilize his skills to assist our Tally-Rite division in repairs and assembly.

Jon’s overall demeanor, attitude and aptitude for taking on new responsibilities, lead to Jon being promoted to Tally-Rite Supervisor.  From there, Jon took on the additional role at Scan Systems as EDM Division Manager, brining quality and customer service to entirely new levels.

Jon’s most recent transition was to PITCO Project Manager, helping to usher through a major R&D effort, along with multiple other projects. Following this success, Mr. Marrs was promoted to PITCO Division Manager to assist in kicking off a new era for the PITCO Division.

Mr. Srail brings a diverse background of technical sales to Scan Systems. After receiving two degrees from The University of Akron, Jack started his sales career selling sensors into the construction and agriculture industry. After some years he moved into the world of capital equipment sales. For almost a decade Jack sold finishing equipment into the tube and pipe industry. Moving to Scan Systems in early 2018 was an easy transition with staying inside the tube and pipe industry. His focus is on the PITCO division of Scan Systems.

Mr. Srail has traveled the world selling to many global customers. His travels have taken him around the globe to places that include Canada, Mexico, Argentina, Brazil, Russia, India, South Korea, China and many CIS countries.

Mr. Ledesma started his career with Scan Systems in January of 2008.  After successful performance as a Level I Assembly Mechanic for our PITCO Division, Mr. Ledesma worked his way up to a Shop Assembly Supervisor while expanding his knowledge in a dual roles as an EDM Service Technician.  Through the years, Mr. Ledesma also worked as a customer support supervisor, assisting in MFL inspection equipment installation and commissioning in countries around the globe.

In January of 2019, Mr. Ledesma took the reins of our EDM Specialties Division, were he currently serves as the EDM Division Manager.  Mr. Ledesma is yet another proud example of hard work, dedication and desire to learn that allows Scan Systems to continue our goal of growing our people, and promoting from within.

Our Story. Our Team.

Drop Us a Line